We don’t usually mourn someone who’s lived a long life. When someone manages the feat of making it to 100 before their death, it’s more common to shed tears of happy reminiscence over a life well lived rather than ones of sad regret for their passing. Whilst the family of Captain Sir Thomas Moore who gained global attention for his legendary NHS fundraising effort – will celebrate his legacy with the fondest of memories, his passing is also being felt in the hearts of millions who never met him. So why exactly has the death of someone who, after all has not had his life cut short at a young age, moved us so much?

1. In a year of endless bad news, Captain Tom gave us one of 2020’s few heartwarming stories.

Few of us would deny that apart from it being a year of personal hardship and trauma for so many, 2020 was also 12 months of almost unfathomable tragedy on a global level. Many of us looked on in horror and bewilderment as the issue of racism came to the fore again with the shocking killing of George Floyd, further police brutality ensued at Black Lives Matter protests, people took to the streets to defend ‘their right not to wear a mask’ in several countries and the USA Election turned into a shocking spectacle that will go down in history for many wrong reasons. (The devastating Australian forest fires that kicked off the year seemed like a dress rehearsal by cruel comparison.)

The positive stories (and there are many of them) that came out of Captain Sir Tom’s fundraising, on the other hand, helped us breathe a little easier. The image of soldiers from The Yorkshire First Battalion Regiment forming a Guard of Honour as he conducted his last fundraising laps around his garden in April 2020, the people inspired by him to undertake their own charitable efforts and of course: being recognised with a knighthood…are just a few examples of why this war veteran touched our hearts.

2. While people complained about masks and staying home, Captain Tom was a symbol of civic duty and a reminder of the community spirit that had been common in his generation.

Early March 2020, doctors in Italy sent serious warnings about the Covid threat to the rest of the world, in the hope they’d prevent the same scale of devastating tragedy Italy had suffered. Despite this, half of the UK carried on with life as usual, jumping on public transport, packing out parks, holding BBQ’s and visiting their local pubs, while the other half got on social media to air its frustration at staying home.

Having served in WWII, Captain Tom had lived through an era where a nation came together, understanding the importance of doing the right thing without complaint. Whatever needed doing, you did it, knowing it was ultimately for the good of all. His laps around his garden were a clear reflection of this understanding.

3. Society needs a humble hero with no personal agenda as an antidote to the villains we’ve become used to.

With the spotlight so heavily on the endless role call of self-serving politicians, activists being silenced and governments’ response to the Covid crisis (including as far as many of us are concerned, Boris Johnson and Donald Trump’s abysmal handling), Captain Sir Thomas Moore was the genuine altruistic hero we needed.

He was amongst the last of his generation, most war veterans no longer with us and many people who were just children during the war having passed away (some of them in care homes from the virus). In some ways, you could say he also walked for them.

4. Amidst the noise of a million opinions shouted through social media megaphones, Captain Tom offered an example of quiet dignity.

As if Brexit was the support act and Corona Virus the main show, the last few years have seen people clash on social media on an epic scale. Arguments have raged about various aspects of the Covid crisis with people falling out over who is and who is not taking the situation seriously, observing measures or doing their part to minimise the spread.

Emotions continue to run high as we all cope with and feel the effects of this pandemic in our own way. While people slammed each other on social media, Captain Tom’s walking symbolised the class and sophistication that seems to be increasingly missing from our society.

5. The donations received as a result of his efforts were a vital boost to NHS morale after years of government cuts.

The NHS plight is well documented: years of funding cuts leading to horror stories about medical care, underpaid and overworked healthcare workers and desperately low staff morale are no new issue. Vowing to complete 100 laps of his garden, with the aid of his walking frame, before his 100th birthday, Captain Sir Tom raised £32,794,701 for charities supporting the NHS (thanks to one and a half million donors worldwide).

“It’s all for the sake of the nurses and the NHS we have, because they are doing such a magnificent job,” he said at the time. “Every penny that we get, they deserve every one of it.”

As debilitating funding cuts continue, services are closed and nurses go without pay rises, the millions raised, thanks to Captain Tom and his family’s idea, were nothing short of a welcome miracle.

If one were to scratch much deeper (some would say not that deep actually) under the skin of the national consciousness, it would be very easy to conclude that Captain Tom Moore is so widely idolised because of his ‘caucasian Britishness’ and his connection to a previous colonial Britain, something that cannot be overlooked in our post-Brexit society where certain truths about nationalism and people’s beliefs have been starkly revealed. One can’t help wondering if a similar-aged war veteran of a different skin colour would have attracted such attention for their amazing fundraising effort or death.

This is not to deny the magnitude of his achievement which was, in of itself, absolutely staggering (before we even think about the specifics of how the 32million+ he raised benefited the NHS). Yet it would be naiive – after Brexit shed a blinding light on the level of hostility and resentment towards immigrants by a large percentage of the UK population – to overlook the likelihood that for a lot of people, Captain Sir Tom represented a bygone era that many British people yearn to return to. (Perhaps that’s a conversation for another time…)

A ray of light.

Social media feeds may be fickle, news cycle turnovers may be brutally short and people’s attention spans are increasingly fleeting. But the impact of Captain Sir Tom’s efforts will be appreciated by the NHS for a long time to come.

Few of us would deny he deserves the many honours that have been bestowed on him, including his name in fireworks across London’s skies on New Year’s Eve 2020 and flags lowered at half mast following his death.

If only he had he died from another cause… Spanning 100 years, one can only imagine how many chapters his life was made up of. For Captain Tom to be taken by the very disease his fundraising was connected to is frankly a bitter sad irony…and a final page that cannot be rewritten. 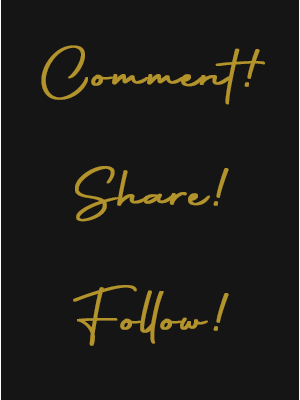 The Worst Thing I Have Ever Done to My Kids.

What I Don’t Want to Tell You About Turning 50

10 Reasons Why I Need to Thank George Michael

How NOT To Do a Blog Awards Acceptance Speech #BiBs2016

Captain Tom .. You will be missed xx

Thanks E. He certainly will.